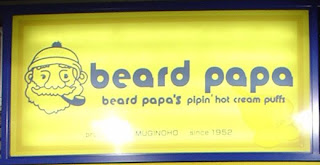 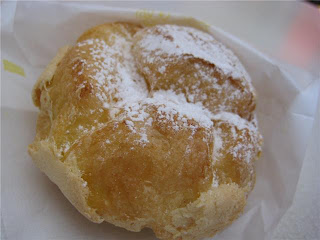 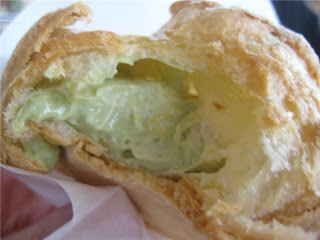 Almost everyone has tried a Beard Papa cream puff, and if you haven’t you need to try it. The reason why it’s a 5/6 is because I haven’t tried it’s competition, and I can certainly imagine someone coming up with a better recipe in the near future. It’s only cause Beard Papa’s is the first to start the cream puff craze that it’s so popular. I can’t compare it to other cream puffs, such as European ones, because they’re different. These are lighter, almost the “healthy” version of a cream puff. They are really fresh and you can taste that the ingredients are natural, but the pastry shell could be better. I’ve definitely had better pastry shells before, so I know they could do better, but it’s pretty darn good as is. The cream they use is the part that deserves a shout out.

Note: Don’t go by the pictures you see on their website, I’ve never gotten that much filling.