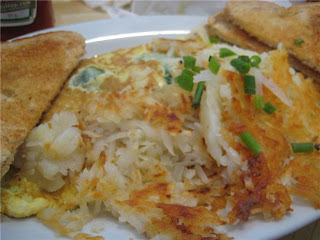 **Recommendation: I guess the hash browns, because they’re fresh not frozen. They also do a good job soft poaching eggs (upon request).

I would come back to Nice Cafe because it was cheap, but not really because the food was good. I wasn’t expecting gourmet food, but I was expecting a bit more because it’s always busy. It’s a standard breakfast you would expect to get at any small diner breakfast joint. It’s the non-chain version of any other breakfast chain…if that makes sense? It’s crowded and busy and you can tell it’s frequently visited by locals that live nearby. For a foodie – this place is a no-go, but if you’re not picky about your breakfast and just want something cheap and filling then come here. I would rather pay a couple bucks more for something better…breakfast is relatively cheap anyways. 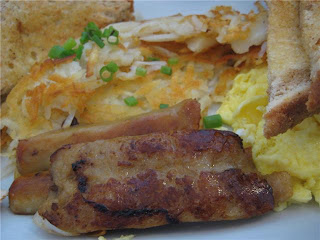 This post is specifically on the specials available this week only so if you see something you like I recommend making a reservation and trying it before Christmas Eve (this Friday).