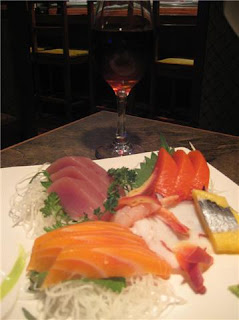 Food: 4 (Based only on sashimi only)
Service: 3
Ambiance: 2
Overall: 2.5
Additional comments:

Tried this restaurant randomly. It’s in Surrey in a rather new/semi-residential area so the crowd it attracts are residents living nearby. It’s a rather large restaurant, but the ambiance is that of any other casual Japanese restaurant. They charge above average for all their items and I’m assuming they can get away with this because there are limited options when it comes to Japanese dining in this area. There is one other one, but this one is also expensive. It is owned and run by Japanese people, however it still caters to a Western crowd and I am still confused as to why “bulgogi” items (a popular Korean dish) are on the menu. The dinner and lunch boxes are also expensive for this type of restaurant, so really you would only go here if you lived nearby, was craving Japanese, and you didn’t want to drive out to “the city”.

I only tried the plum wine and the sashimi because we went here after dinner for a midnight snack – although the restaurant closed at 9:30pm on a Friday! Therefore this review will only be based on their sashimi. 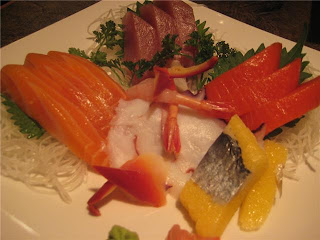