I can trust that this restaurant is somewhat authentic Thai and not as Westernized as some of the others. My Thai friend took me here and helped with the ordering so I was able to try items I would not normally order. It’s hard to know what to order when you don’t come from that culture.

However it’s not the best Thai place around and it still is somewhat Westernized. (I was with other Thai people and for some it was their first time dining here). I don’t want to judge, but it is near Robson which is also a tourist hot spot. It’s difficult to locate because there’s construction going on around it and it looks like a hole in the wall on the outside. The inside is nice, but it also looks like a tacky hotel resort with a fake garden and flowers. The chef’s are actually from Thailand and have cooked at some of the finest restaurants – which means that the food is good, but it’s hotel/restaurant style Thai food. So it’s borderline made to appeal to tourist tastes and their fantasies of Thailand and Thai food. 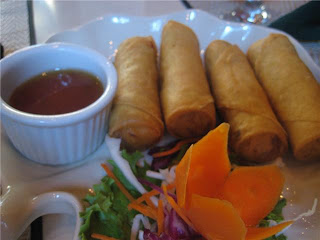 Excuse the blurry picture, there was no attempt to take a second photo because everyone was too excited to eat it…including me. 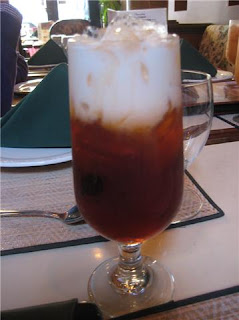 Au Pied de Cochon is a famous French restaurant in Montreal, Quebec. Its signature dish is the Duck in a Can or the “Canard en Conserve” also available to go. My friend brought it back from Montreal and I enjoyed it in Vancouver!