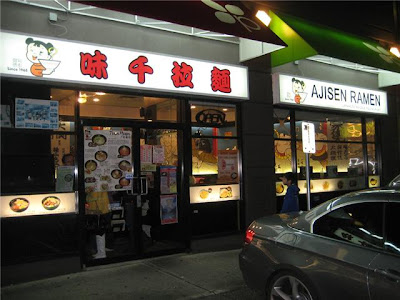 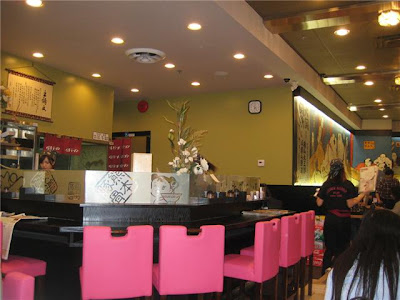 Food: 2
Service: 2 (Service was fine, but everything was sold out at 6pm!??)
Ambiance: 3
Overall: 2
Additional comments:

**Recommendation: Tenderous Rib Ramen (which I didn’t get to try b/c they were “sold-out” at 6:30pm, yet at 8pm it was available), Tom Yum Thai Ramen, Tofu baked with fish roeThe popularity of ramen or noodle shops has boomed and continues to boom at a rapid rate in Vancouver. With so many ramen shops to chose from it becomes noticeable when a place isn’t able to match up. Compared to it’s competitors, Ajisen Ramen falls short – in the broth, noodles, and toppings. Even though it originates from Japan and they emphasize their use of imported quality ingredients, the food here still has a mass produced taste and quality. Since it’s a Japanese chain setting foot in Canada I am going to assume that the quality control is difficult to manage. Their menu is just too wide-spread and they no longer become “specialized” in ramen.

If you’re familiar with your ramen noodles, then this place won’t cut it. Yes it has an extensive menu and lots of variety, but if you’re serious about your ramen – then this place is just for kids, families, quick lunches or late-night snacks. 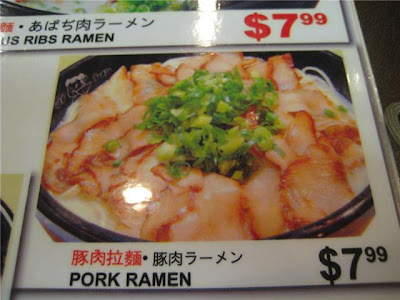 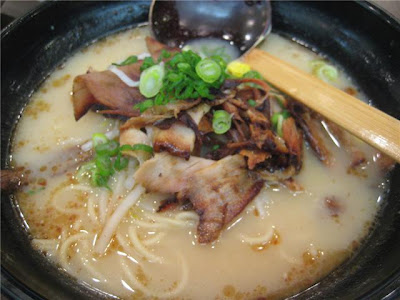 After I mixed the BBQ Pork Riceball

The pastry chef and co-owner is Chika Tillman, hence the name ChikaLicious. The divey looking location is unassuming and all the desserts are gourmet, made in house with high quality ingredients and at fine dining standards.