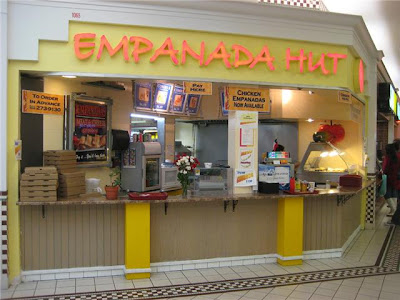 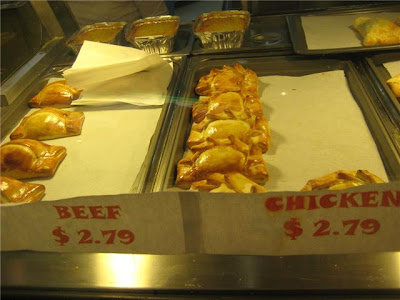 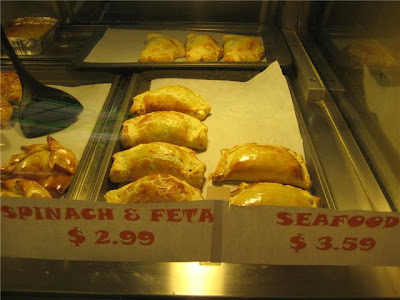 Every country has their version of an Empanada or stuffed pastry/bread. There’s a Portuguese, Brazilian, Spanish, Mexican, Cuban, and the list goes on, versions of the Empanada. The family that runs Empanada Hut are from South America and their version of the Empanada comes from Chile. They really focus on making the best Empandas because it’s basically the only thing they sell. From the pastry to the stuffing everything is homemade and baked daily. Unlike Mexican Empandas, which are perhaps more available in North America, these aren’t stuffed with potatoes, peas and carrots etc. It was a nice change and for food court standards it’s a great choice.

One of my concerns (this might be a bit picky since it is a food court place) is that the Empanadas do sit under heat lamps throughout the day. Even under heat lamps they still tasted great, and they are definitely best eaten hot. Nothing was burnt, soggy, or dry so in that sense the heat lamp doesn’t bother me. I can only imagine how good they are hot and fresh out of the oven. 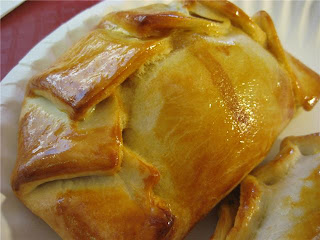 Mourad’s personality came out in the Tasting Menu. His creativity is best expressed in his Tasting Menu and I wasn’t expecting it to get as intense as it did. He is a real chef who is passionate about cooking and the menu was progressive, artistic, and innovative to Moroccan cuisine.