I attended the 2nd Annual Ocean Wise Seafood Chowder ChowDown as “Follow Me Foodie”…so I’m going to focus on the food and briefly discuss my experience.

The event was held at the Vancouver Aquarium where 10 chefs from Vancouver’s high-end restaurants battled for the title of “BC Ocean Wise Seafood Chowder Champion 2009”. They had 10 stations set-up, each station representing a different restaurant, and people would line-up to sample about half a cup of seafood chowder.

Ocean Wise is a non-profit organization that partners with Vancouver Aquarium to encourage restaurants and the community to support sustainable, environmental friendly seafood choices and practices. Chances are you have probably seen the “Ocean Wise” logo at some point or another.

All utensils and bowls were bio-degradable which suited the theme. However I think everyone should have put down a $2 deposit for a metal spoon upon entrance and just used that for the whole night. At the end people could have returned the spoon and gotten their deposit back or opt to donate it to Ocean Wise. I tried using my one biodegradable spoon the whole night, but I kept forgetting and tossing it with my bowl…so a lot of spoons were wasted.

Overall I enjoyed the event…this year they actually had beer pairings for every chowder…I’m not familiar with beer though so I’m going to leave that part to the experts. The part I am familiar with is the chowder…I had 13 bowls at the end of the night. I repeated 3 because I wanted to compare them more. I’m serious about food. So let’s get started! 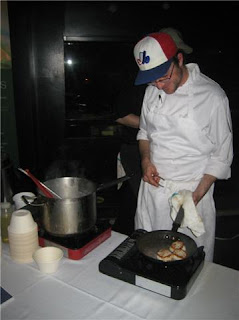 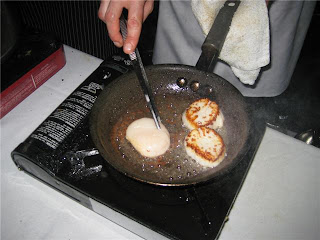 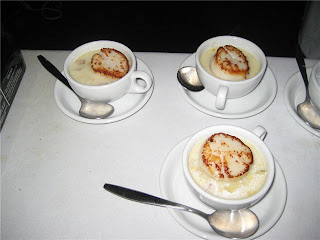 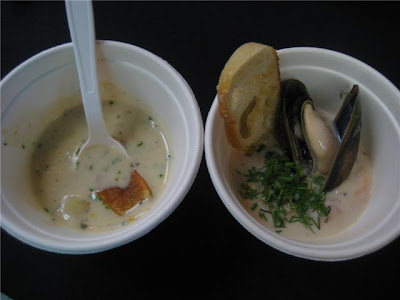 **My following ratings represent the seafood chowder served this evening and not the actual restaurant/chef/regular menu. 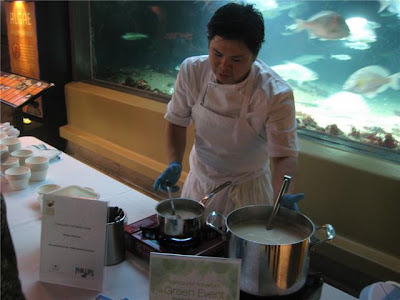 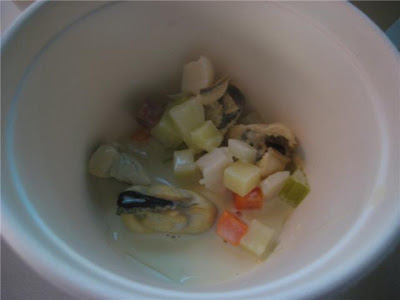 A spoonful of the ingredient first, and then tops it off with the chowder broth. 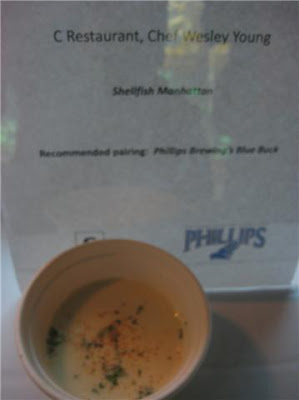