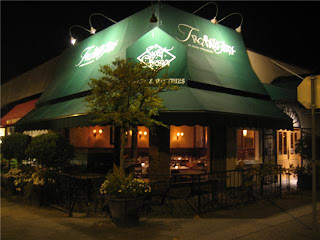 I’ve been meaning to try this place for ages and finally made it. The atmosphere was a bit pretentious so next time if I’m going just for dessert I’d probably just have it at Sweet Obsessions next door rather than at the bistro. They offer all the same desserts at both and Sweet Obsessions is a lot more casual. Everything is a couple dollars more at the bistro because you pay for the plating, ambiance and service, which is reasonable and expected.

We were here just for dessert so this post is only based on the 2 items we had. One dessert was a hit and the other a miss. I did like the portions of their dessert though, not overwhelming, but just enough. I haven’t tried enough to make a fair judgment, but these are my thoughts on what we ordered. I’ll still go again to try other things. 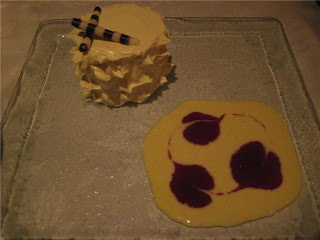 TacoFino tacos are Baja-style tacos or Californian-Mexican style tacos. Texas has Tex-Mex and California has Baja and what do we have in Vancouver? Well not much, until now! This truck started in Tofino and I welcome it to the city with a thumbs up!