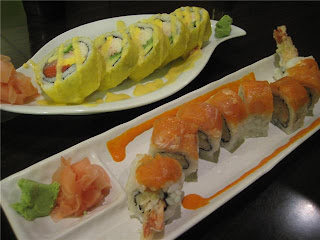 I’ve come here on several occasions and it’s not really because the food is exceptional, but it’s clean, comfortable, somewhat trendy, reasonably priced, and the food is good and well-prepared even though it’s not “authentically” Japanese. The food tastes pretty good, but it’s almost too perfect – kind of like ordering a Kung Pao Chicken bowl at an American chain restaurant – it’s usually pretty good, but just not authentic.

It’s only been around for about a year and it’s owned and operated by a young group of Koreans. It attracts Westerners and Koreans around the area. The presentation is nice and the food is fresh so it’s a good choice if you’re around and craving sushi. It’s decently busy during dinner, but you’ll never be waiting in a line. 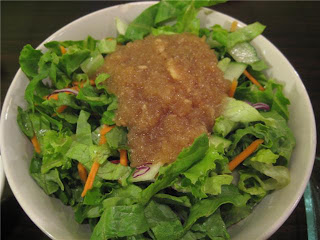 It’s a small restaurant that blends in on the strip and it didn’t look like anything special, but it is Thai owned and operated. The food was surprisingly very good and it was made with Thai ingredients and served more or less authentically. It was a pleasant surprise in Burnaby Heights!