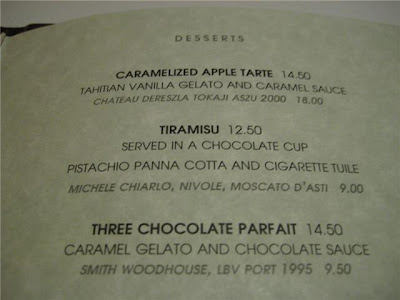 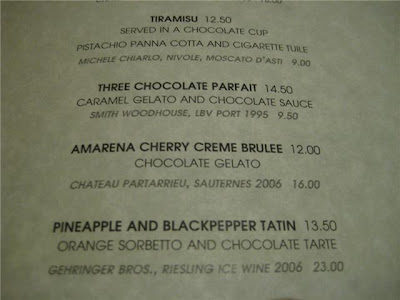 I only came for the dessert and it was under special circumstances, so I don’t feel it would be fair to rate the service and overall experience I received. As usual I will focus on the food, specifically the dessert. I will mention that I did get to talk to the pastry chef, so that’s why I can give an even more detailed review that I usually do…and you thought it was impossible! 😉

The pastry chef Thierry Busset is from France and his experience and training comes from working in places such as France and London. His desserts were made with care, and a few of the ingredients were imported to guarantee a gourmet experience. The execution and style of the desserts is very European – but also much more French than it was Italian. From ingredients to presentation it is well worth it to come again…for dessert at least.

Now I’ll let you in on a secret – CinCin is actually planning to open a bakery near Alberni & Burrard where the new COAST Restaurant is located. I can’t wait until that happens. 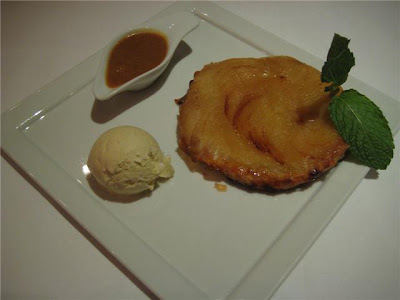 Thank you so much to everyone who came out and joined me at The Long Table at Salty Tongue Cafe for my first ever public Apple Pie In-A-Jar sampling! The response was overwhelming and thanks for everyone’s support we ended up selling out of Apple Pie In-A-Jars in an hour!