**Recommendation: Sterling Silver Steak, Local Mussels, Pasta Pearls as a side, Wild Salmon, and if available request the creamy leek and potato won tons (it’s supposed to be served as a side with their special)

There are 2 restaurants in the Delta Inn Hotel & Suites: The Manhattan Restaurant (upstairs) and Spencer’s Lounge in the lobby. Both serve the same food and basically use the same menu. The appetizer platter is offered on the menu at Spencer’s Lounge and it allows you to select 3 appetizers from their list of 6. However I was having dinner at The Manhattan Restaurant and the appetizer platter is not an option on their menu so I had to request it. I actually ended up ordering 4 appetizers and paid a little extra because I wanted to try their creamy leek and potato won tons that were served as a side to the chicken en-sous-vide entrée special of the day. It was totally worth it because it was the best thing on the platter.

Manhattan recently changed their menu, but most of their appetizers were typical appetizers served at most chain restaurants. I was a bit confused because they would have two gourmet “hotel-style” appetizers and then everything else was basically sports bar appetizers. 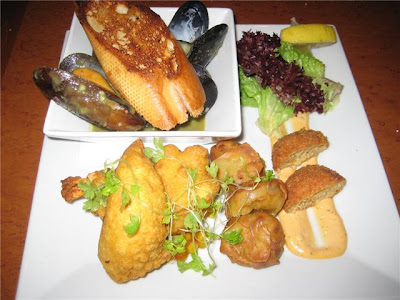 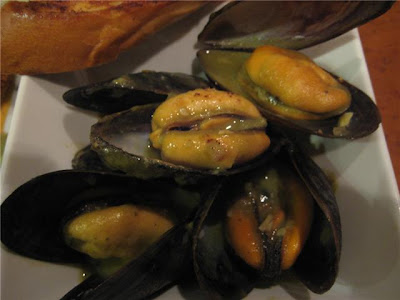 My Follow Me Foodie Favourites & Best of 2012! I prefer calling it my “favourites” or most “memorable” experiences, but I’ll include “the best” just because I’m weak and want to align with every other “best of 2012” list out there. This is a recap of my delicious 2012.