The Hub is a new restaurant that just opened in Yaletown. It was previously Brown’s Social House and the owners are still the same however the restaurant is now new and independently owned. For me it was more restaurant/pub/sports bar than lounge. It attracts a 30-45 year old crowd and it’s one of those casual places where they serve traditional pub food on nice white square plates.

Located in Yaletown it faces lot of competition. So how does it compare?

Society – The Hub has same comfort food concept, but it’s less gourmet & trendy. Society is more lounge.
Glowbal – The Hub serves their version of Kobe meatballs, but I didn’t try them yet.
Yaletown Brewery – The Hub serves more traditional items (a couple globally inspired ones eg: Wok squid, Teriyaki rice bowl)…and it has the same sports bar atmosphere, but attracts an older crowd.

I came here on a night of an event – their grand opening, so under the circumstances I can’t comment on the service or overall food on a usual night. I personally experienced good service this night though. I sampled their signature dishes, so I will comment on those. That being said, I cannot speak for their overall food since I tried most of the favourites.

The photos are not representable of what they actually serve since everything I had was sample size…except for the Wok Squid, bruschetta and Pazookie. 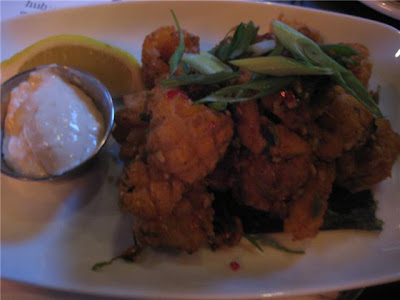 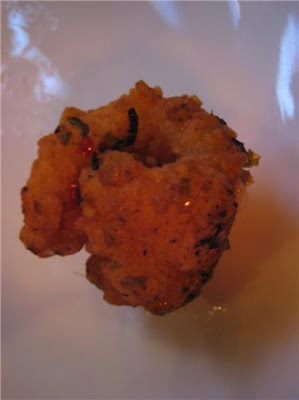 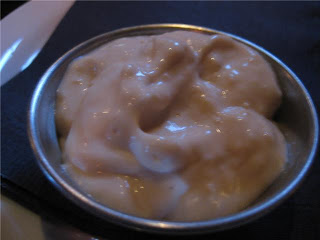 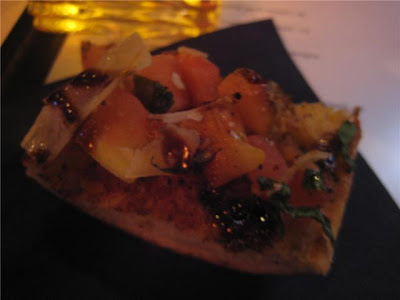 The tomatoes were a bit powdery in texture. I wonder if they used BC tomatoes rather than Roma. It was missing onions and seasonings. They drizzled balsamic glaze over top, but it was nothing I couldn’t put together at home. The Filone bread was nice and crunchy though. 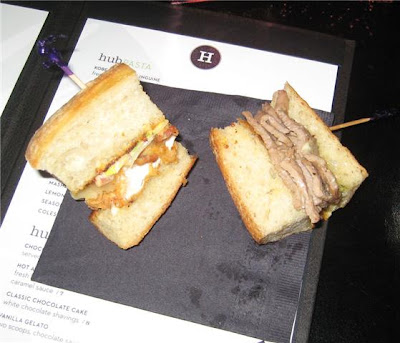 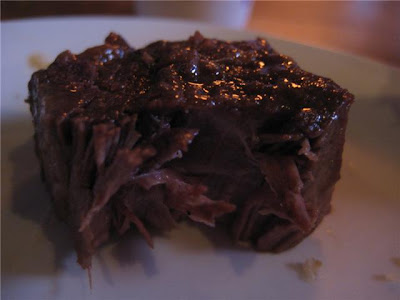 For my post on The Hub’s signature dessert: “The Pazookie”

Burdock & Co. opened in the right place at the right time. Timing and location are a part of the equation, and of course every restaurant needs a good cook or chef. This restaurant was highly anticipated simply because of the chef. If you’re familiar with the name Andrea Carlson, chef and owner of the restaurant, then a visit here will likely come with high expectations.